*foundationClass - from within the cracks

The presentation »*foundationClass - from within the cracks« at nGbK is negotiating five beautiful years of *foundationClass in and outside of the institution of weißensee kunsthochschule berlin and far beyond. Each installation relates to a journey/search of collective artistic practice, carrying love, laughter, tears and the political struggle in and with it. The artists of the *foundationClass collective not only use the obstacles engendered by discriminatory structures in order to just point or blank out the institution’s contradictions. Instead, they use them as a point of departure for their collective art and to claim inclusive art education. // Photos: Can Rastovic

The poster collection »What is burning under my skin?« is posing a simple, but rather absent/neglected question. One, that seems to be displaced by countless (visual) messages reaching us every day, overwhelmed by duties, buried under our own skin. Asking ourselves and each other became an act of intimacy and the starting point for the whole production. There is hardly any older and more direct/accessible means to reach people relatively independent from their social status than the poster. By entering the process of choosing its forms, language(s), layout, font, image(s), positioning, color(s), unique narrations are created and inscribed into the seeing habits of society. In other words: Posters make ourselves known to the world. Each and every poster of this collection is carrying a message/scream into this world, whose urgency can not be ignored any longer.

With its large-scale curtains, »WEST 2020« sets up the architecture of the space, creating niches of secrecy and intimacy from within. Their design challenges the well-established and celebrated bourgeois fantasy of individualism and exceptionalism. Instead, *foundationClass artists are using different materials, merging a wide range of artistic practices, without exposing just the one author, the one single story. There is no authority. There is no front and no back. All or none.

»WEST 2020« is a reference and a new edition of *foundationClass’ first show, exhibited at the gallery West den Hague in 2016. Back then, some members of the *foundationClass collective were not allowed to travel and to physically bring their works to Den Hague due to their legal status. Out of this repression, *foundationClass created a method that they later called ›the WEST method‹: From painting and sculpture to graphic design and filmmaking - all works were arranged into a digital collage and a manifesto was written. Digital files of both of the new works were printed on curtains and exhibited in the absence of the artists bodies. As citizens of predominantly Western states you tend to overlook that the question if you are travelling around with your work, or end up sending a video file, is very much determined by the very existence of your legal documents, as well as the status inscribed into them.

Fortunately, for WEST 2020 no files have to be sent through the world. The artists have the chance to produce on site, dedicating all their craft love to the actual material and collective production process.

[…] What is the aim of *foundationClass? To piss off the right people. To change the conditions of access to institutions. To create jobs for cool people. Finding friends and allies. To share marginalized forms of knowledge. A way of hacking the school to get access to resources. To continue the struggle. […]

The physical space of *foundationClass – room H 1.08 at the kunsthochschule weißensee – has always been many things at once: a studio space, an art space, a social space, a space dedicated to practice, to joy and to mourning. It has been a space of refusal and a space of reaching out. A space to experiment and a space of dedication. It has witnessed innumerable hours of talking, of teaching, of discussing, of (un-)learning, of art making and sleeping and dancing and eating and drinking. But during the strange year of the pandemic, the physical space of *foundationClass turned quiet. Like so many other spaces of closeness, intensity and encounter, its promises had turned into the very things that needed to be avoided.

In August, when the pandemic seemed to have calmed down for a moment, the collective were able to spend some time in the studio space and use this extraordinary moment to look back on five years of *foundationClass. Trying to verbalize all the issues, the goals, the politics, the ideas, the contradictions, the desires and the struggles that are woven into the fabric of *foundationClass a sprawling and complicated map materialized - an arrangement of polyphonic questions, notes, answers, annotations and digressions. The artifact of the encounter was documented (left screen) and with it the space: Deserted, frozen in a state of enduring, stuck between hope and desperation (right screen). In the audio another trace of the encounter can be experienced: Clandestine whispers, shared laughter, the scratching of thoughts and the droning of the electric fans, that kept the aerosols and the heat away. On this audio recording our friend and comrade Aref Torkaman who has left us can be heard as well. And it is a reminder, that some things can never be represented. 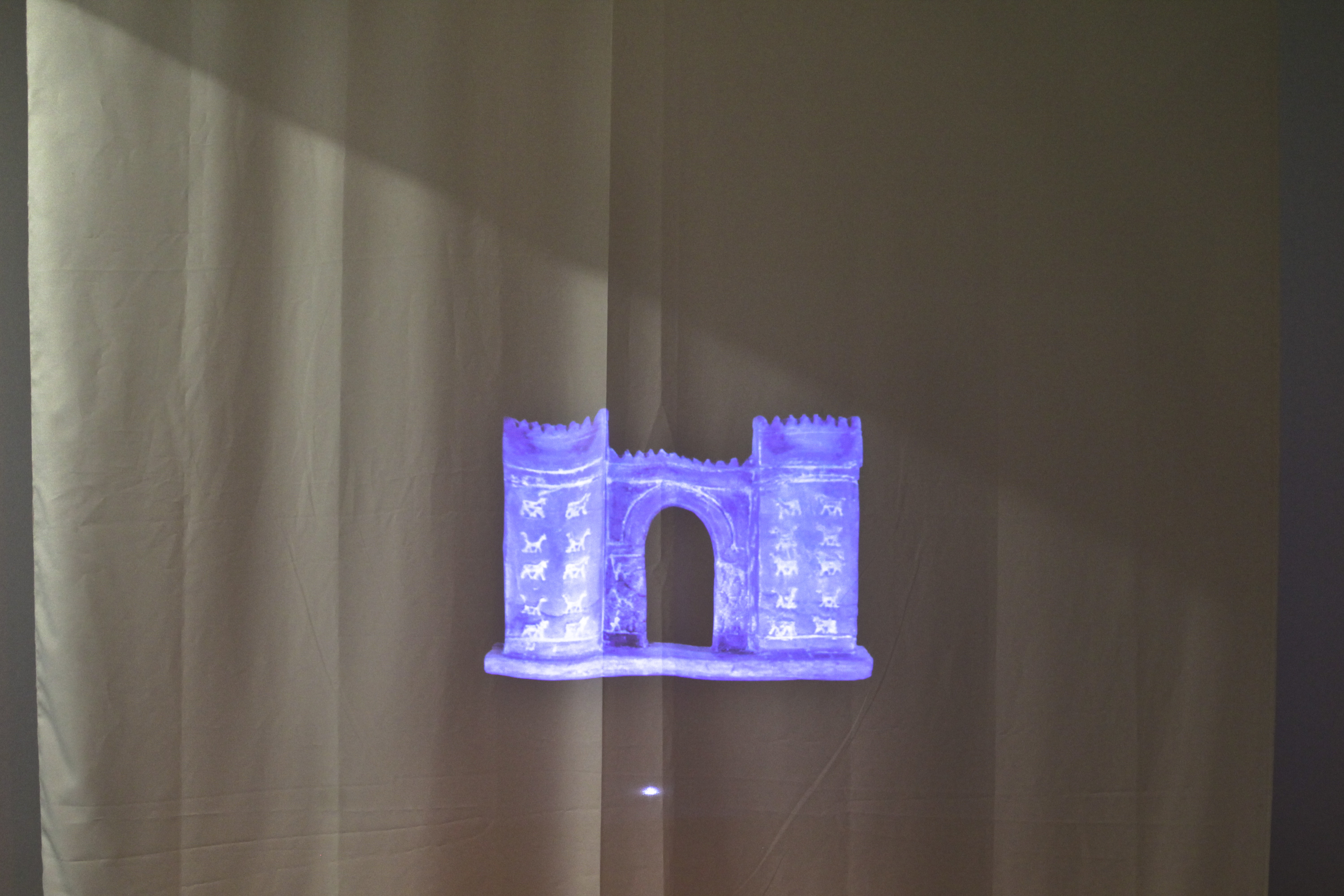 For centuries, the West has robbed communities around the world of their cultural and material property, removing it from its contexts and transforming it into collectable, exchangeable objects. »untoured« questions the imperialist practices of Western museums and rewrites their narratives with alternative stories. The unconventional audio tour questions the power to define meaning with selected artefacts from the Pergamonmuseum and the Deutsches Historisches Museum Berlin and thereby offers alternative histories.

The Super Empowered merging both past and future. They are slipping through the wormholes of another dimension far beyond the myth of the male saviour, hero, outlaw, war machine with inexhaustible, steely body. This is a galaxy where everyone knows that life experiences are strongly shaped by how our multiple identities intermingle. Ten Super Empowered characters manoeuvre exactly at that intersection of gender, race, age, class, socioeconomic status, physical or mental ability, gender or sexual identity, religion, or ethnicity. What can you do for feminism? They will answer you: Recognize the intersections of power and powerlessness and create a feminism that has room for all oppressed voices.

The ›intersec* femme: genesis‹ will be part of the podcast series »*foundationClass/speaks« . 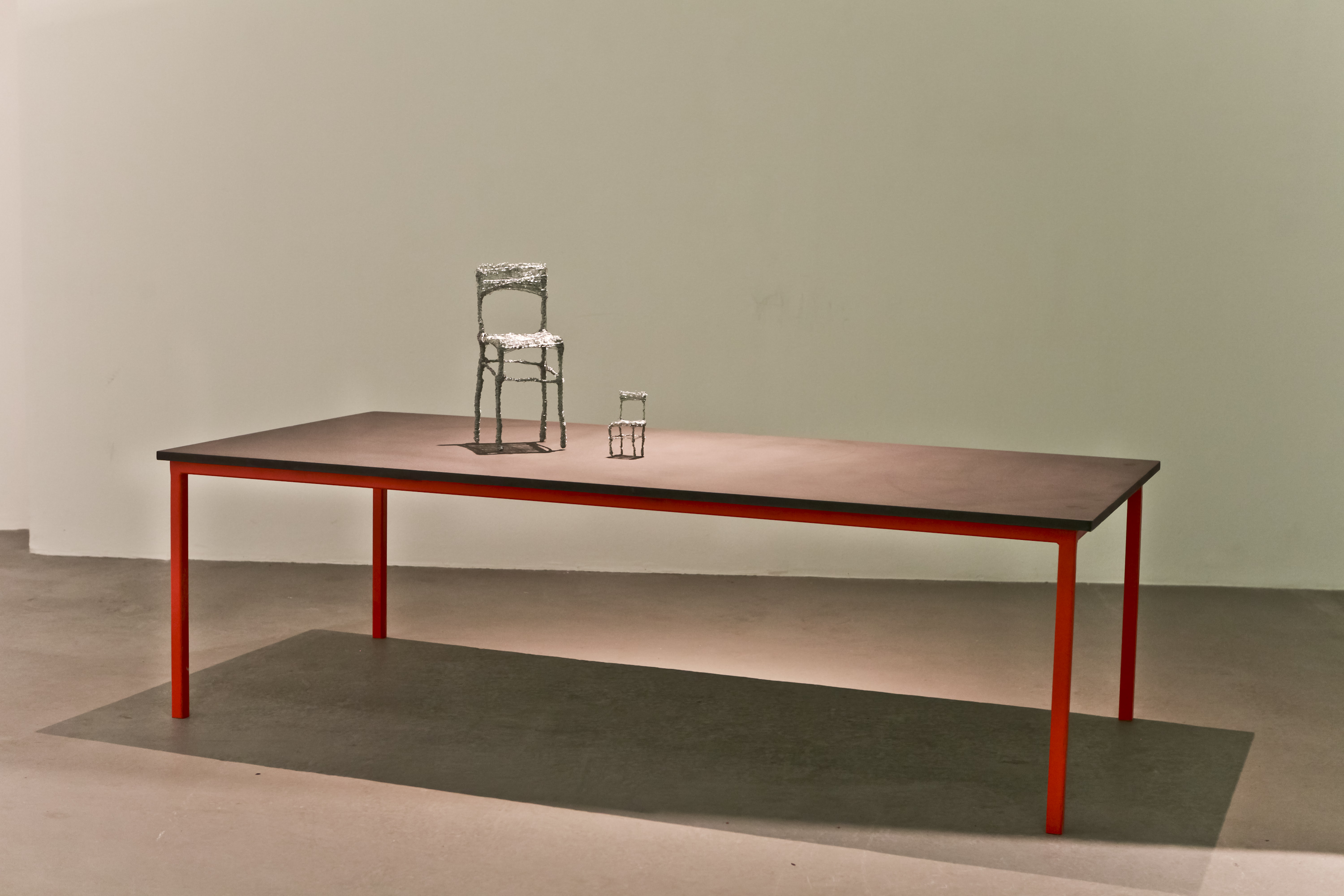 The monument of existence, 2020
Installation

The »monument of existence« is a place of dignity. It is driven by all those whose lives and hopes to find a safe place were taken away. Taken away in the middle of the oceans, deserts, refugee camps, isolated countrysides and mental hospitals. Taken away by racist migration policies and oppressive EU border regimes. Among them is our beloved friend and fellow artist, Aref Torkaman. The monument takes the shape of a chair. A chair has always been a symbolic article of dignity and authority. It creates presence even if nobody sits on it. The prototype at nGbK is the beginning of a monument rooting in a collectively experienced loss. The monument of existence will return both dignity and presence to those souls among us, to the living and the dead.

In the podcast series »*foundationClass/speaks« the conversation on resistant commemoration will continue.

from beyond the grave

that we may learn

to hold tender this land

trees back to life

pushing the fragrance of hope

the promise of resurrection

In 2017 the *foundationClass was nominated by an initiative run by a multinational company for an award for projects that use culture for fostering equality in society. Winning the prize money, which would ensure the continuation of the precariously funded programme for a while, was contingent upon the production of a video, a one-shot sequence underscored with a voice-over. During that same time the *foundationClass group of 2017 was also producing a collective work for the 2nd Berliner Herbstsalon of the Maxim Gorki Theater Berlin on the theme of »disintegration«. Unable to focus on this task the group spent weeks negotiating and finally coming up with visual strategies that could prevent the appropriation of their bodies through the camera. Taking into account the habit in which the video would be viewed this task seemed to be almost futile: In the discourse of › Welcome Culture‹, the context within which the *foundationClass emerged from and is often analysed in, the trope of the Refugee is still by and large construed as in need of assistance and protection by white Germans. The *foundation class has been trying to refute that notion since the very beginning of the programme. Finally the production company agreed to one of the group‘s proposals: to film the participants while they would film them. The footage later was turned  into an installation, underscored by multivocal texts and sounds that relate to the very discussions that emerged during the work process. The complete installation was exhibited at Berliner Herbstsalon, Maxim Gorki Theater, 2017:
TRUST US.

The *foundationClass' non-Cafeteria of the Academy of Misery, 2018/2020
Performance/Installation

Art academies reproduce mechanisms of inclusion and exclusion. Who is teaching, what is being taught, and who is accepted are not contingent on assumed ›talent‹ but on the subjective assessment skills of those in power and therefore on individual and indisputable criteria. The autonomy of the arts as well as teaching thus legitimizes the contradictions inherent to the institution.
Akin to the kitchen table, the art academy’s cafeteria is a space where conspiratorial, heretical, unobjective, impertinent, and amateur opinions are articulated, validated, and dismantled for their own sake, rather than for the purpose of knowledge production. Operating from a space of brokenness that is within, but not of the academy and that is neither for nor against it, the *foundationClass invites you to join the »non-Cafeteria of the Academy of Misery« at nGbK to enter into study − a mode of thinking with others that is separate from the thinking the institution requires of you. This prepares us to be embedded in what Fred Moten and Stefano Harney call »the with and for.« At nGbK the kitchen table evolves and will also be a radio/recording station, ready to host the *foundationClass members, the allies, friends and enemies to document the polyphony of their voices and opinions for the podcast series »*foundationClass/speaks« .