Exhibition: GOING OUT OF CIRCLES - Part 4

Housing estates and the production of images of themselves 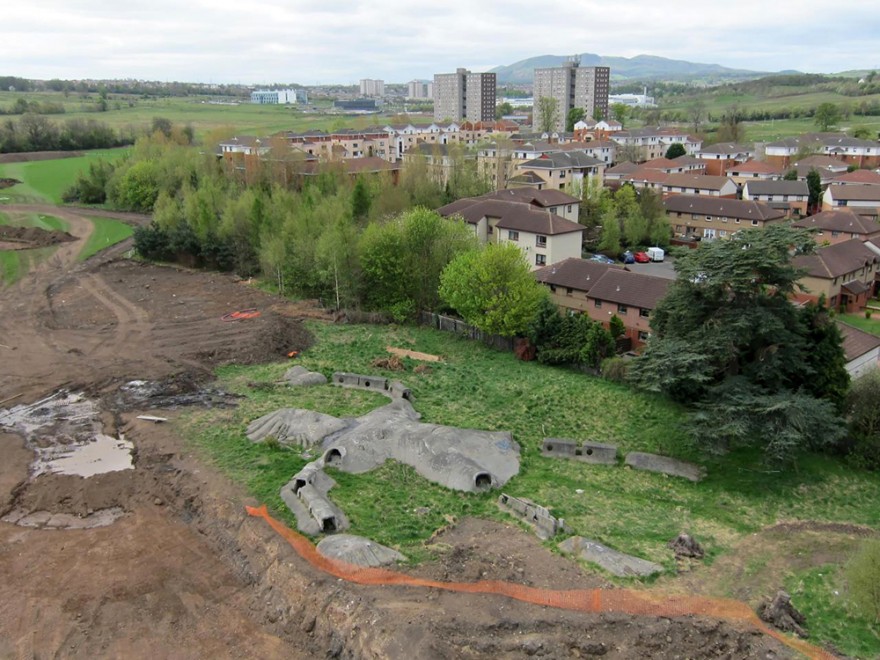 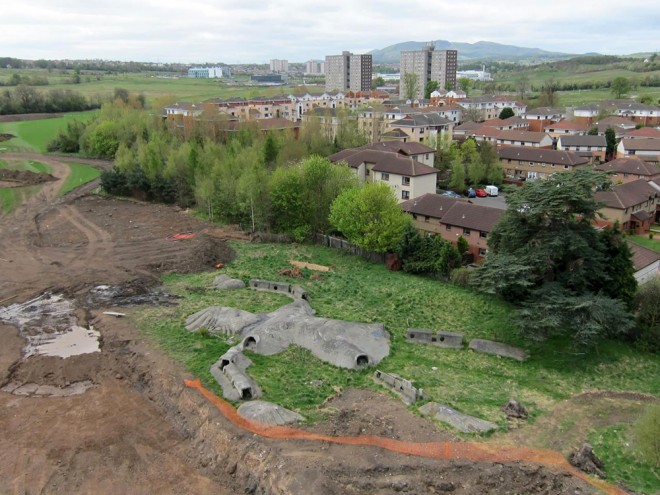 In the fourth part of the GOING OUT OF CIRCLES series, the situation of children and adolescents on housing estates are addressed. Young people shape public space on estates more than any other group. Their schools and youth clubs are centrally located amongst the housing. The estates’ outdoor areas are often generously spacious and seek to compensate for their small apartments. But what freedom can young people create for themselves, beyond the control of adults? How do they appropriate spaces on estates?

Since 2016, the station urbaner kulturen team have created an informal recreation ground with children and adolescents on the green space named Place Internationale. This has become a meeting point for young people in the middle of the estate, especially after dusk – and especially this year, when not just the neighbouring refugees' summer holidays will be spent on the estate, but also most other young people's.

As part of GOING OUT OF CIRCLES 4 this summer, two artistic positions addressing the theme of »children and adolescents on housing estates« will be exhibited on billboards. The AG Spielclub will show photographs of a playable model city built in 1971 by artists with and for children in public space on the Märkisches Viertel Estate in Berlin. Titled »Fest« (engl. Party), the model city functioned as a playful framework for young people to experiment for ten days outdoors on production, selling, monopolism and revolution.

Marija Nemčenko (artist, Kaunas / Lithuania and Glasgow / Great Britain) and Anna Tüdős (curator, Budapest / Hungary and Glasgow / Great Britain) will develop and build an artwork on the subject of play and movement during a residency on the green space in summer 2020. A billboard will present their research project »BRUT Boredom. High-rises, emptiness and play« which deals with the utopian moments of so-called ›Brutalism‹ – one of international modernism’s building styles. »We understand boredom as a productive, creative state that is associated with play and experimentation, but also with leisure and emptiness.«

--
GOING OUT OF CIRCLES. Housing estates and the production of images of themselves

Exhibition series since May 2018

The visual arts and artistically informed urban research are increasingly converging in the field of ›urban cultures‹. One way of exploring, experiencing and narrating urbanity and built space is through art and culture.

Large housing estates built in the heroic phase between 1960 and 1990 have been of particular interest for this field in recent years. They possess dimensions that are alone comparable to a small town – yet crucial urban functions such as cultural life and the arts are located in the city centre, not here. For this reason, large housing estates remain oddly foreign to many people in the city.

New narratives and images are needed to break open the seeming homogeneity of housing estates and to fathom their fascinating contradictoriness. Housing estates are comparable to one another – even across continents. They are often organized in concentric circles around the core city. But even within one city, contact between housing estates is rare.

The exhibition project GOING OUT OF CIRCLES in the district of Hellersdorf builds bridges within Berlin as well as further afield to partner housing estates. It asks how stereotypes of a place are formed, how they are attributed from the outside and how they are accepted and continued internally? And how in the periphery, visual strategies exist which do not impose an ›image‹ from the outside but are developed through the self-will of the residents themselves?

With its strategies of pictorial narration and visual knowledge, art can carry special significance for these questions. Art is increasingly going out of its comfort zone with extended formats of research and production as it seeks to engage new circles in urban society.

Financed by the Senate Department for Culture and Europe