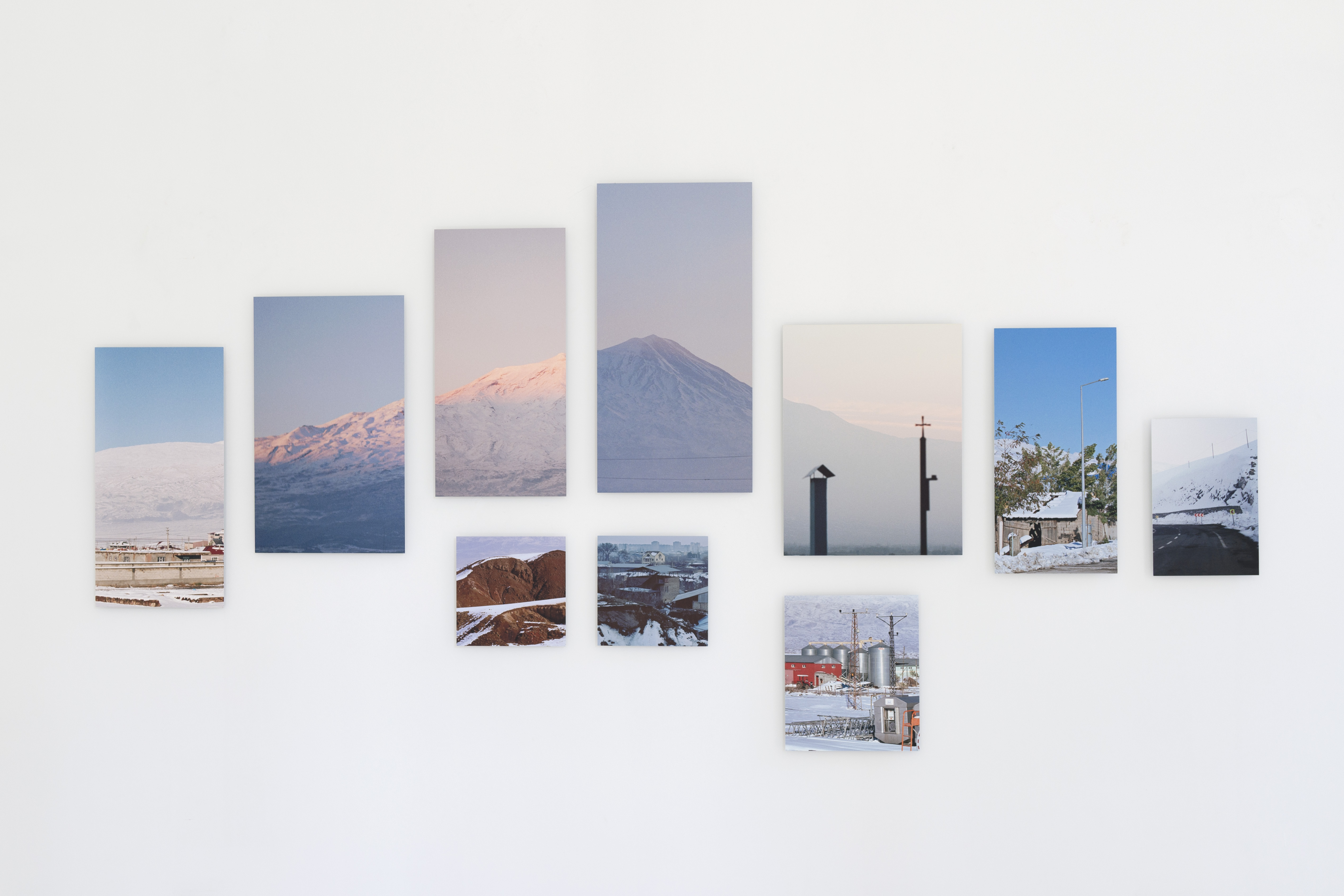 The Twister project takes place at both nGbK locations and consists of an exhibition and panel discussions at Oranienstraße as well as an installation and workshops at nGbK Hellersdorf, and a catalog. It explores both political whirlwinds and the absurdity of nationalistic claims to geography and nature. Finally, the project looks at how diasporic communities from different countries can interact and cooperate.

Usually referring to a devastating storm, the term twister is applied figuratively here to a recent upswing in nationalistic aggression and authoritarian tendencies on and beyond Europe’s eastern margins. Protracted disputes over the control of borders, resources, and territories around the Mediterranean and the Black Sea are leading to a resurgence of nationalist discourse and to new alliances in the quest for regional predominance. One side effect of this political regression is the increasingly repressive treatment of domestic critics, leading in turn to an exodus of dissidents to major cities in Western Europe – including Berlin.

One of the main themes emerging from the works selected for the exhibition is the arbitrariness, short-sightedness, and meaninglessness of nationalist claims to geography and nature. Christina Dimitriadis focusses in her photographic work on the historical and current connotations of the Aegean Sea. In her series Island Hoping, she contrasts the tourist view of the Aegean Islands with the ongoing suffering of migrants on their often deadly journey from crisis regions to the safe zone of Europe. The photographs also allude to the perpetual territorial disputes between Greece and Turkey. With a similar view of the irrelevance of political borders in the face of a holistic nature, Ece Gökalp’s (*1988, İstanbul/Turkey) photographic essay A Mountain As Many deals with the mythical Mount Ararat. With long-distance shots of the mountain from three adjacent countries (Turkey, Armenia, and Iran) Gökalp’s extensive work maps the cultural differences, commonalities and continuities of the various narrative viewpoints. The official designation of ''Latzia'', an endemic oak tree of Cyprus, as the national tree of the island sets a starting point for Eleni Mouzourou's (*1983, Lefkosia/Cyprus) research-based project exploring and problematising the construction of the concept of the ''native''. Searching for the ''National Plant'' questions the ways in which nature is being appropriated by politics of cultural and national identity.

Twisters, in the sense of political whirlwinds and the destruction they leave behind, are another major theme of the show. In Silvina Der-Meguerditchian’s (*1967, Buenos Aires/Argentina) installation, long strands of red wool emerging from dark rocks and spilling across the floor of the exhibition space recall the never-ending bloodshed resulting from conflicts based on ethnic and religious hostilities and the destruction of cultural heritage. Last year’s tragic events in Nagorno-Karabakh are just one of many examples. The FUNKE Collective (Selda Asal, Emre Birişmen, Melih Sarıgöl and Seçil Yersel) concentrates on the ''uncontrollability'' of the dynamics of current politics. The 'ventilator table placed in a fictional control room will refer to the ongoing geopolitical conflicts and present a fragmentary and fluid counter-narrative. Edona Kryeziu’s (*1994, Saarlouis/Germany) video work Greetings from Elsewhere takes a diasporic approach, addressing physical distance and the ongoing mental and emotional attachment to home. The film features video recordings made and exchanged by the artist's extended family members living in Germany and Kosovo during the trouble-filled years of major political tensions and the war in the 1990s. Mehtap Baydu’s (*1972, Bingöl/Turkey) sculptural work Suitcase Bread hints at the economic conditions that forces people to leave their home country, while Viron Erol Vert's (*1975, Varel-Oldenburg/Germany) wall installation makes us of the folding travel mirrors to visualise the experience of displacement.

Map of Neiter, the animation film by Ceren Oykut (*1978, İstanbul/Turkey), based on excerpts from her earlier drawing practice, mirrors the ambiguities in the artist's life, as someone from Istanbul’s creative classes who ended up living in a foreign county, unsure of being allowed to stay but at same time who does not identify with any of the official categories or popular definitions that is attached to the people who are displaced. Mouna Abo Assali's (*1988, Damascus/Syria) video Mnemonic reflects upon the psychological split between the left and newly arrived geographies, the long standing traces of the past traumata and the impact of sound on the working of memory.

An exhibition project at both nGbK locations

The exhibition takes place mainly on Oranienstrasse and, on a smaller scale, at station urbaner kulturen in Hellersdorf, where the workshops by Birgit Auf der Lauer & Caspar Pauli and Nadine Reschke & Secil Yersel will also be held. Many of the works in the show offer poetic and minimalistic comments on nationalistic shortsightedness, but the problems addressed call for a more in-depth engagement. This is provided by the program of accompanying events, focusing on the following questions: How can the critical potential of a diaspora that has migrated or gone into exile have an influence on the political agenda of its country of origin? In times of conflict, how can critical circles from crisis regions living in the diaspora come together? And at what point can a joint artistic platform challenge the polarizing dynamic of realpolitik? In this way, Twister also sees itself as an act of intervention through art: an attempt to highlight controversial issues of our time, and to bring about change.