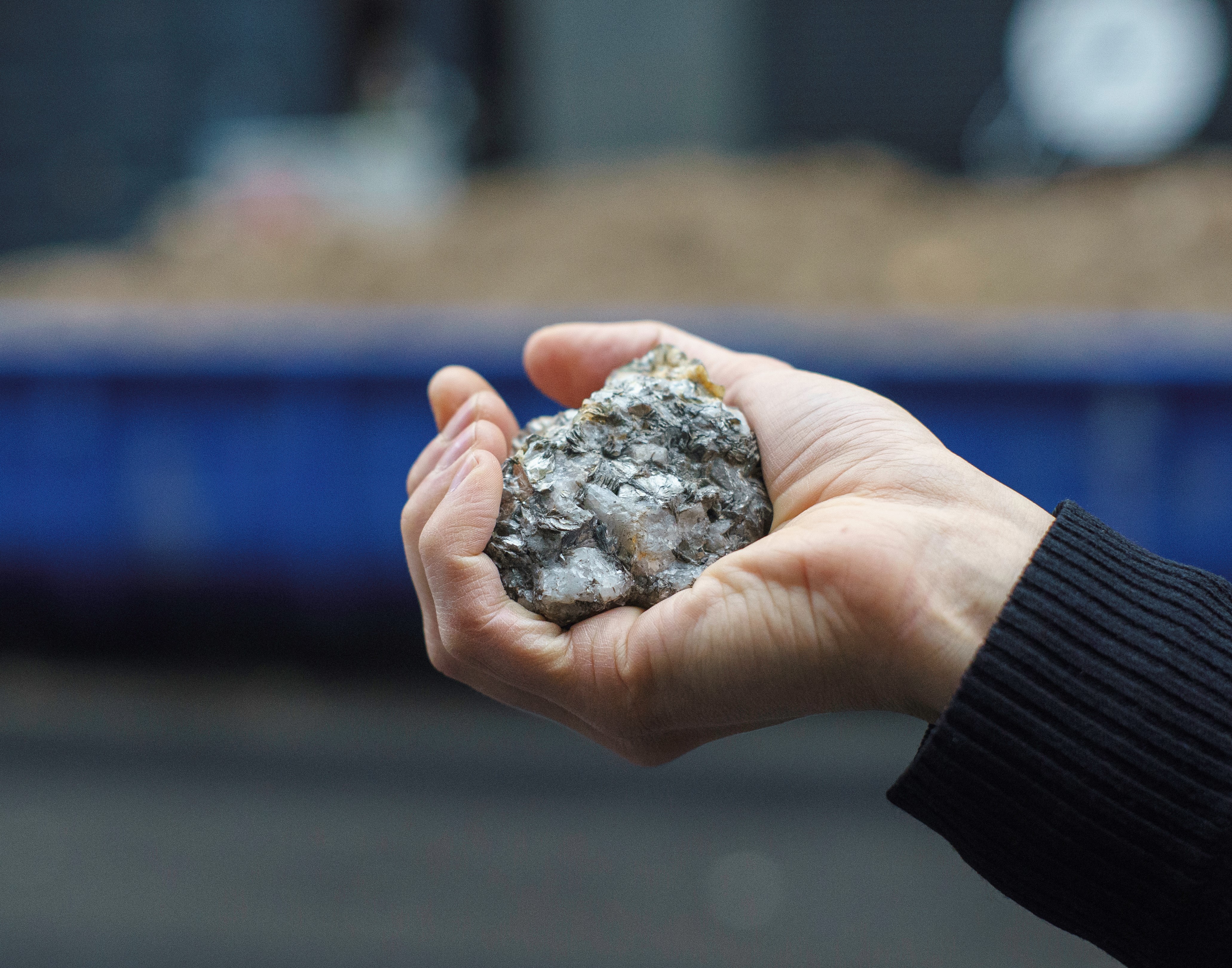 What fuels the power that is accrued through the storage of energy? The Driving Factor was instigated in response to the contradictory reactions of politics and civil society when a Tesla Gigafactory was constructed in Grünheide, Brandenburg. Local and national politicians celebrated the factory’s pioneering work in apparently environmentally-friendly technology, as well as its creation of new jobs. At the same time, countless objections pointed towards grave repercussions for already-depleted groundwater reserves, and argued against the clearing of the forest. These were largely ignored or even inhibited. Criticism of future environmental collateral during the production process, as well as concerns regarding working conditions and further environmental damage along transnational supply chains, were considered to be irrelevant. Is the promise of “green” mobility, which goes hand-in-hand with the promise of a “green” transition globally, simply a cover-up for profound violations of ecosystems and civil rights?

Both promises—that of electric mobility and that of the energy transition—have one object in common: the battery. The Driving Factor takes the lithium battery, viewed as a key storage technology for “green” energy, as the starting point for multi-disciplinary and artistic investigations. These question the narrative that the battery is a storage block providing harmless energy to everyone, everywhere—whether for mobile phones, cars, or the stabilisation of the power grid. Working from local contexts, The Driving Factor seeks to establish links to the global lithium supply chain, while highlighting intransparent and often environmentally damaging practices of raw material extraction. In doing so, it draws attention to the appropriation of natural and human forms of labour as a continuation of imperialist and colonial logics—whose repercussions can also be traced in Germany.

In three experimental tours, The Driving Factor invites participants to move through social and geographical landscapes of extraction and accumulation in Berlin, Brandenburg, and Saxony. Conceived of as journeys through both space and thought, each tour follows various cycles in the valorisation and devaluation of raw materials and landscapes through the “energy transition”: from the reactivation of the vision of electric mobility in Berlin-Oberschöneweide and Grünheide, to the resumption of mining in Saxony’s Erzgebirge, where lithium deposits have been found, to the revaluation and production of new landscapes following the phase-out of coal mining in Lusatia.

The project brings together catalysts—artists, cultural workers, scientists, and activists—whose practices deal with opportunities, risks, and contradictions relating to energy’s production, storage, and distribution. By bringing different forms of engagement between visitors and contributors into dialogue with one another, the project complicates often-familiar perspectives, entangling prevailing narratives that frame “centres” as sites where energy is consumed from “peripheries” where it is produced. By facilitating a shared experience of movement through concrete places and landscapes, the project aims to generate practices of collectively speaking, thinking, and perceiving issues that are often otherwise presented in specialist or abstracted contexts, and are rarely considered within a broader frame.

The artistic, scientific, and activist contributions brought together by The Driving Factor address intersectional forms of injustice relating to the production of batteries, from the contamination of ecosystems to related expulsions of humans, animals and plants. Through its focus on the lithium battery, the project illuminates historical continuities of capitalist accumulation in today’s encroaching financialisation of land, natural resources, and work, as well as increasing speculation on the “green economy”. Once promised as a means to stabilise an electricity grid fuelled by renewables, batteries were supposed to contribute to a transition to the emissions-free and resource-saving energy provision that many expected from the European “Green Deal”. At least since the beginning of the war in Ukraine, debates around “energy security” demonstrate that this promise was built on the false assumption of a linear model of growth and investment that is capable of securing nothing more than private capital.

For the duration of the project, the station urbaner kulturen/nGbK Hellersdorf will be transformed into a storage unit in which new and pre-existing artistic works, research materials, podcasts from the working group, as well as incoming impressions of the tours will be displayed in varying assemblages. These stored energies will be gathered by the Forum POWER BANK, which brings the project’s contributors and visitors together in order to discuss alternative spaces for action. It seems clear that it is necessary to make a break from pre-existing power and property relations in the production, distribution and accumulation of energy. How civil society and translocal groups might contribute to this remains an open question.

As a digital repository and storage unit, the website thedrivingfactor.net collects voices, materials, and topics from the project for a wider audience. Here, artistic documentation of the tours will be published and further cross-references made accessible.