Exhibition: Salud - Picasso Speaking. 'Guernica' and the War in the Cities 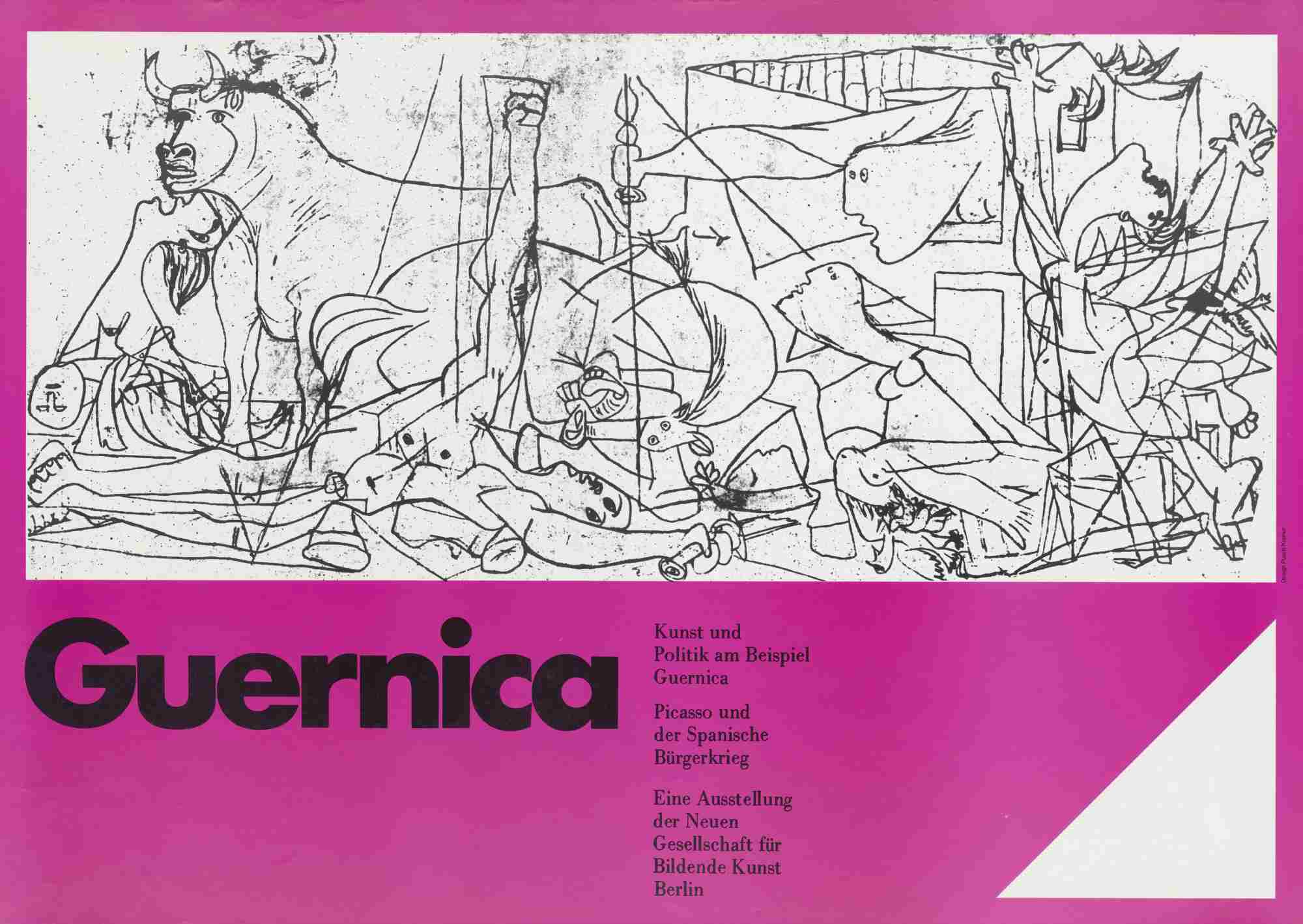 Salud - Picasso Speaking. 'Guernica' and the War in the Cities revisits traces and threads of the (art) histories associated with Picasso and relates them to current conflicts. In addition, the conceptual painter Dierck Schmidt will take the presentation of Picasso’s Guernica painting and its high security in the Reina Sofia Museum in Madrid as the starting point for a new piece of work for the exhibition, as part of his series of historical pictorial studies.

The exhibition title quotes Picasso as he picked up the phone to speak to the Second American Artists' Congress in December 1937 in his role as director of the Prado Museum. There was an international war raging in Europe, to which the Spanish-French artist Pablo Ruiz Picasso had responded with his monumental painting Guernica. He later committed himself as a communist to various international peace conferences. This double role was the focus of the outstanding exhibition The Divided Picasso at the Museum Ludwig in Cologne in 2021.

The exhibition in Cologne included part of the nGbK’s travelling show from 1975, Art and Politics in the case of Guernica. Picasso and the Spanish Civil War. A WDR television report in the travelling show where teenagers from a comprehensive school in Essen dream of a more peaceful future exemplifies the time. The nGbK’s "didactic exhibition" criticized the war crimes of the German Army (germ. Wehrmacht) and analytically dissected Picasso’s large panoramic painting into meaningful individual parts. Here, the West Berlin left’s connection to the GDR goes beyond the geography of the nGbK’s location at the Kreuzberg border to East Berlin. For the GDR authorities themselves, Picasso remained a mistrusted “formalist”, despite his doves of peace.

Although the artist rarely left his various studios after 1945, he was regularly present at peace congresses in Rome, Moscow and Sheffield. However, the "divided Picasso" never traveled to the successor states formed after the dismantling of the German Reich. The artist, who had fled Franco's fascism and had long been stateless and without legal rights in France, joined the Communist Party in 1944. In exile, Picasso maintained connections with the illegal Spanish CP and donated large amounts of money to his comrades.

In 1953, Bertolt Brecht asked "dear Comrade Picasso" if the Berliner Ensemble in East Berlin could use his "magnificent poster design" once made for a French communist delegation. Picasso’s dove of peace design adorned the theater curtain in the Berliner Ensemble until 1993 and was reinstalled again in response to Russia’s recent invasion of the Ukraine.